We recently caught up with Jon Arnold, principal analyst of J Arnold & Associates, to discuss his NoJitter.com article, “Why the New Age of Voice Will Create New Business Value.” 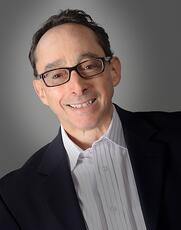 ISI: You have called today’s business communications landscape, “The New Age of Voice.” What do you mean?

Jon Arnold: “Voice has been so fundamental for workplace communication for so long, it’s easy to take it for granted. The initial challenges of digitizing telephony and running voice on a data network have largely been solved, and now voice is just a mouse click away. We don’t think about it much, and for many, dialing phone numbers is no longer part of the telephony experience.

“Telephony does not play the central role it once did when PBXs ruled the enterprise, and it’s now just another communications tool in our digital arsenal, along with email, chat, SMS, and video. The inherent value of voice hasn’t changed, but when workers can’t communicate in-person, telephony is now just one way to use voice.

“Digital technology and AI are now the drivers of innovation, and one of the more interesting developments in the workplace is how voice has become liberated from the desk phone, and now has many other applications. This brings us to the “New Age of Voice,” where it now takes new forms that go beyond telephony.

“Desk phones will continue having utility at work, but we can now use voice both via other channels, as well as in new ways. By other channels, I mainly mean web-based calling, such as click-to-call or the soft phone feature built into today’s UCaaS platforms.

“In terms of new ways, this is mainly about person-to-machine communication, where voice is used much like doing a query with a search engine. That’s not new, but what is new is conversational AI, where we can have both structured and unstructured forms of voice interaction with software applications. This brings us into the world of chatbots and digital assistants, where voice becomes the dialog channel to automate tasks and processes to help make us more productive.”

ISI: Cloud unified communications platforms have been available in one form or another for more than a decade. And yet, there remains a large amount of premises-based gear in place. Why do you think this is? Do you think that this will be true for some time to come or do you anticipate cloud migrations to accelerate?

JA: “Many businesses still have strong ties to premises-based technology, not just due to the sunk costs, but also because a lot of it still works so well. Change isn’t easy, especially when decision-makers have a lot of legacy DNA, and they have valid reasons for not going to the cloud. PBX set the bar high for telephony, and with VoIP’s early days shortcomings, they see more risk than reward with cloud. For many, communications is just too strategic to go off-prem, especially in regulated sectors where data sovereignty is really important.

“It doesn’t help that cloud platforms regularly report service outages and security breaches, so for those who hold the view that cloud is still problematic, there will be even greater resistance to change. Of course, this position will prove untenable once their premises-based systems break down, reach capacity, or become too costly to support as vendors announce EOL. All the vendors are trying to get customers to the cloud as fast as possible, and there’s no question about where things are going. They will continue supporting premises-based systems because the installed base remains large, but all the innovation and R&D is with cloud.

“In a stable environment, the timeframe for a full transition to cloud would be measured in decades, so this will be a long-term process. However, the pandemic has changed everything, and to support today’s workplace realities, cloud has become essential, and migration plans have accelerated. This has created a much less stable environment, where businesses need to be thinking about cloud migration in terms of years, not decades.”

ISI: Amidst the clamor about omnichannel client, customer, and patient experiences, why does voice communications remain important in driving how consumers view a business? Is this true across vertical industries?

JA: “Voice has always been the most natural, human form of communication. Aside from its immediacy and richness of meaning, voice is authentic in terms of conveying what we mean and how we feel. Voice can be just as transactional as text or email, but when there is more on the line – like sharing a medical test result or telling someone about getting a promotion – voice is always the mode of choice. With so much communication now being digital and filtered through applications, it’s getting harder to know who you’re actually interacting with, or what their intentions are.

“When it comes to customer service or patient experiences, the basis of all forms of interaction is trust, and nothing establishes that better than voice. After all, the agent we’re speaking with is almost always a stranger, and voice is the best way to establish rapport and have meaningful conversations, which of course is the foundation of a good customer experience.

“Since contact centers can’t afford to have every interaction voice-based, one of their biggest challenges is finding a balance between the right level of voice-based service and automated forms of self-service. That’s the promise omnichannel tries to deliver on, and it’s become the lead offering now for most contact center vendors.

“While there are many modes of customer service that can be handled entirely without voice, the real value of having live agents is to speak with customers, and to do so at the time it makes the biggest difference. Some agents are dedicated to messaging channels like chat or social media, but the most complex, high-stakes interactions between agents and customers will almost always be voice-based. This will be the case across all verticals, as there will always be scenarios where the personal touch is needed, and where voice breaks through to what’s really needed better than any other mode of communication.”

ISI: If an enterprise organization asked you what they should be thinking about as they migrate to a cloud unified communications platform, what importance would you place on getting the voice communications piece right?

JA: “There are two scenarios for cloud migration to consider here, and for both, voice is pivotal. One would be where the enterprise is already using cloud-based VoIP, but the rest of the pieces that comprise UC are premises-based. They wouldn’t be considering a full cloud migration to UCaaS unless VoIP was meeting their needs. In other words, if the cloud cannot properly support telephony, it won’t be good enough for the rest to make UCaaS worth doing. VoIP is always the first building block for any form of UC, making it a necessary condition for going further with cloud.

“The second scenario would be where no communications elements are yet cloud-based, such as when telephony is currently supported by premises-based PBX, and none of the UC pieces are cloud-based. Given that the PBX installed base remains large, there are still many enterprises in this situation. For them, cloud migration would essentially be a forklift upgrade, where full UCaaS is deployed in one shot.

“This move does carry risk, since there’s no gradual transition where the bugs are worked out along the way. For most businesses, telephony is too mission-critical to rely on UCaaS being trouble-free from the outset, so they need to realize that before deploying. Other modes like email or video or chat can tolerate some service disruptions, but being a real-time mode that everyone relies on means you don’t want to be taking chances with voice.

“In terms of what IT leaders should be thinking about here, the message is to consider voice differently from all the other applications covered by UCaaS. Voice has distinct challenges when running on a data network, regardless of being premises-based or in the cloud. IT should not assume that all modes will work equally well out of the box with UCaaS, and with cloud, they should not have to compromise telephony performance based on what they’ve been getting with PBX for so long.

“The takeaway for IT, then, would be to have a clear plan for voice first, and the rest of the UC pieces will follow from there. One approach would be to get specific assurances and SLAs from your UCaaS provider for voice, so IT doesn’t bear the full risk of going straight to UCaaS for everything.

“If that isn’t on the table, then IT should find other cloud providers who are willing to do that, as there’s a lot of upside for UCaaS partners once they get the voice piece right. Failing that, IT should consider the first scenario in this section, namely just deploying cloud-based VoIP. It really shouldn’t take long for this trial to prove itself, and when that test is passed, trust for the cloud will be established. From there, adding the full UCaaS suite should be pretty risk-free.”